Haryana Chief Minister Manohar Lal Khattar offered prayers and Arghya during the Chhath Puja programme organized at Sector-10 A, Gurugram on Tuesday. After this, the Chief Minister announced a restricted holiday in Haryana from next year on this festival. Besides this, he also announced the construction of a ghat to offer prayers.

Addressing the devotees, the Chief Minister said that the festival highlights unity in diversity of our country. Our country with a population of about 130 crore, despite different castes, religions, communities, are all one. The spirit of this unity is visible in our festivals, he said.

Khattar said,”A large number of people from Bihar, Uttar Pradesh, Jharkhand and Purvanchal along with local people have participated in this Chhath Puja programme today.  In 2014, when the BJP government was formed in the state for the first time, we had given the slogan ‘Haryana Ek Haryanavi Ek‘. I don’t see any difference between you and Haryanvis.”

The State Government makes domiciles of people who are living in Haryana, from any part of the country, and are working or running their business, and the people who have lived here for five years or more are also given domiciles, said the Chief Minister.

While interacting with the people of the Purvanchal community, the Chief Minister said that if they have any problem then they can share the same with local MLA or party officials and their problems will be resolved at the earliest.

The CM said that the festival of Chhath Puja comes twice a year, so the people of Purvanchal should choose a place having a source of water, a ghat for Chhath Puja would be constructed there.  He further informed that a similar ghat has been built on the banks of the canal in Karnal in about an area of 2700 feet, which has been recently inaugurated by him.

Sujit Camry, State Convener of Purvanchal Cell said that Khattar is the first Chief Minister of the state who has participated in the festival of Chhath Puja.  He also informed that ghats have been built at 50 places for Chhath Puja in Gurugram and programmes of Chhath Puja have been organized by making such ghats in 53 assembly constituencies in the state. 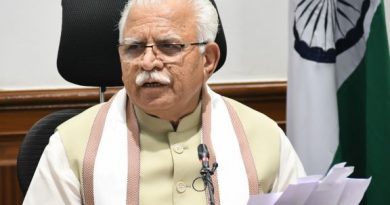 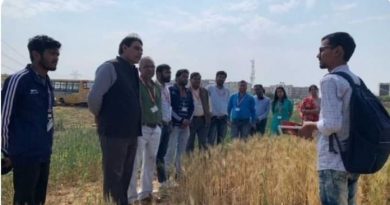 Faculty of Agricultural Sciences explains the topic of research to Students’ 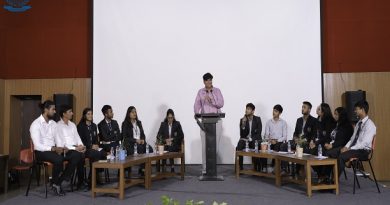