Speaking on the occasion, the President noted that SK Jindal and his family have made immense contribution in making Sui village a model village. He said that it is a good example of attachment and gratitude towards our motherland. He expressed confidence that by making good use of school, library, drinking water facilities and other amenities developed in the village, children and youth of this village would make remarkable achievements in the field of education, health and sports.

Haryana Governor Bandaru Dattatraya has said that the guidance of President Shri Ram Nath Kovind will give a new direction to rural development, especially in Haryana.

The Governor said he is very happy that President Shri Ram Nath Kovind himself inaugurated Adarsh Gaon Sui, which has been developed under ‘Sawprerit Gram Vikas Yojana.’

With this visit of the President, other social workers and industrialists of the state and the country will be inspired to contribute in the development of rural areas. “I am glad that Sui village has facilities of an urban habitat for which every contributor to this cause deserves praise,” said Dattatraya.

Welcoming Kovind, Haryana Chief Minister Manohar Lal Khattar said that it is a matter of good fortune that the President himself has come to Haryana to initiate the Adarsh Gram Yojana.  This will give new energy to the rural development in Haryana.  The Chief Minister was speaking at the inauguration ceremony of Sui, a model village in Bhiwani, developed under the Swa-Prerit Adarsh Gram Yojana on Wednesday.  The first lady of the country, Savita Kovind, Haryana Governor, Bandaru Dattatraya, and Haryana Deputy Chief Minister Dushyant Chautala were also present during this programme.

The Chief Minister said that it is a matter of pride that on the call of Prime Minister Narendra Modi, Haryana Government had started a scheme to make model villages.  In this series, Swa-Prerit Adarsh Gram Yojana was also made, under which the development of villages is also taking place.

Taking initiative in Sui village of Bhiwani, Industrialist SK  Jindal has got lake, school, auditorium, parks, library and many other development works done in the village.  The Chief Minister said that similarly 205 people from Haryana who live abroad have expressed their desire to get development work done in their native villages.  The Haryana government has also inspired many big companies and industrialists to take up development in villages, cities and any part of the state through Corporate Social Responsibility (CSR).  Due to this, Corporate Social Responsibility (CSR) Trust has also been formed in Haryana.

Haryana Deputy Chief Minister, Sh. Dushyant Chautala said that the state government wishes to take the ideal village Sui of Bhiwani district forward in the direction of development and link it with industrial vision.

Dushyant Chautala, while announcing this, proposed to the Sui villagers that they can get a project done in their village under the ‘One Block One Product’ scheme so that the local product gets a new identity.

He said that for this, the State Government is ready to set up an industrial cluster in 50 acres here, which will be the first cluster to be built under the ‘One Block One Product’ scheme. 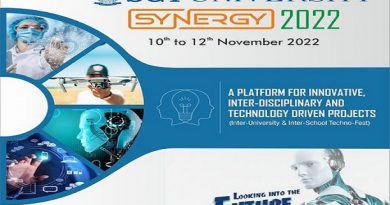 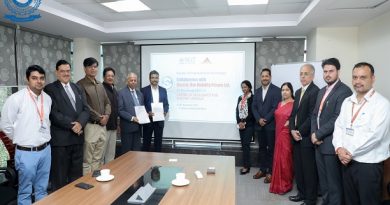