Haryana Chief Minister Manohar Lal Khattar has directed to expedite the work of making villages Laldora-free across the state. In this regard, on Monday, the Chief Minister held a meeting of the officers of Haryana Revenue Department and Survey of India. Haryana Deputy Chief Minister Dushyant Chautala was also present during this meeting.

The Chief Minister said that the Haryana Government has given the actual rights to the owner of the property by abolishing Lal Dora. Prime Minister Narendra Modi has also praised this scheme of Haryana and has implemented this scheme in the whole country under the name Svamitva Yojana. People living in rural areas are getting huge benefits of this scheme. In future, villagers can start any business by taking loan against their property.

The Chief Minister said that so far the mapping work has been completed in 6042 villages of the state. Some villages are still left and directions have been given to complete the drone mapping work at the earliest. Apart from this, after mapping, the maps being prepared by the Survey of India will also be expedited.

The Chief Minister said that the Masavi and Shajra records will also be digitised. This will make it easier to prepare land maps in future. The work of scanning the record of Shajra written on the cloth has been completed in some districts, in other districts this work will be completed soon. 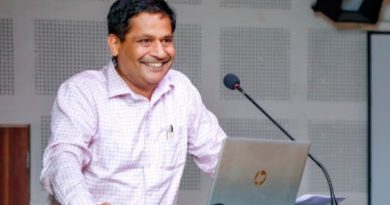 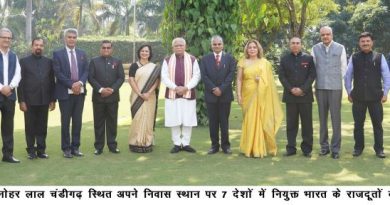