It has been the constant endeavour of the Prime Minister to boost the investment climate of the country. Over the past seven years, the government has undertaken multiple key initiatives in this regard. The discussion in the meeting happened on similar lines while also illustrating how the Prime Minister is interacting personally with industry leaders to gather inputs ahead of the next budget.

Prime Minister sought suggestions towards improving the Ease of Doing Business in India attracting more capital and furthering the reform process in the country.  He appreciated the practical suggestions received from the representatives and

said the government is committed to resolving the issues and challenges highlighted. PM also discussed the efforts undertaken by the government to bring in more reforms and future potential of initiatives like PM GatiShakti and steps taken to reduce the unnecessary compliance burden.  He also mentioned the innovation happening in India at the grass-root level and the boost to the startup ecosystem.

The Venture Capital and Private Equity Fund representatives praised the Prime Minister of India for his leadership which has been a prime driving force behind the massive boost to the investment climate in the country. Praising the initiatives taken to boost the Startup ecosystem in the country Mr Siddarth Pai termed the Prime Minister as the ‘Startup Prime Minister’ and The company also talked about the entrepreneurial potential of the country and how it can be leveraged so that our startups can attain a global scale. Mr Prashant Prakash highlighted the opportunities that are present in the Agricultural startups and Mr Rajan Anandan suggested working towards making India the global hub in education by leveraging

technology also talking about Mr Shantanu Nalavadi he praised the reforms undertaken by the country in the last 7 years especially the step to set up the Insolvency and Bankruptcy Code (IBC). Mr Amit Dalmia said that India is among the best performing geographies for the Blackstone (funds) globally. Mr Vipul Roongta praised the policy initiatives that have been taken by the government in the Housing sector especially in the Affordable housing segment. The representatives also discussed the opportunities that are emerging because of India’s exemplary climate commitments including the ones in the sphere of energy transitions. They also gave inputs about areas like FinTech and Financial Management, Software as a Service (Saas) etc. They also praised the Prime Minister’s vision of making India a 5 trillion economy. 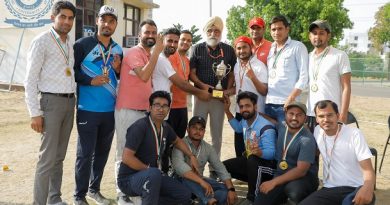 Dr. Manisha Khandai from SGT Hospital speaks about masks and their correct use

Fuelled by internet overuse, ‘NOMOPHOBIA’ leads to depression and anxiety