Haryana Health Minister Anil Vij said that two nodal officers would be appointed for each district of the State, out of which one officer would monitor the arrangements at the government hospital in each district and submit its report.  Similarly, the second nodal officer will monitor the private hospitals of the district concerned and provide information about the arrangements available there to the State Government. Apart from this, he said that telemedicine would be made effective in Haryana, and for these senior officers of the Health Department would be put on duty on the number 1075.

Vij was presiding over a meeting of senior officers of the Health Department and Medical Education and Research Department here today in which the current situation of COVID-19 was also discussed.

Vij said that an order for 1500 kits has been placed for genome sequencing with HMCL which will be provided to the State Government in three phases.  It was informed during the meeting that 96 samples can be tested with a single genome sequencing kit.

The Health Minister said that a survey/mapping would soon be conducted in the State for facilities like infrastructure and equipment related to health services and where they are required. Accordingly, in the coming times, infrastructure, medical equipment as well as manpower will be made available in those areas.

During the meeting, the Health Minister urged all the parents of children between 15 to 18 years of age to get their wards vaccinated at the earliest, as when the schools open, those who have not been vaccinated will not be allowed to enter the school.

While directing the officers of the Health Department Vij said that the patients living in home isolation should be monitored daily and information should be provided to them through telemedicine.

It was informed in the meeting that through the e-Sanjeevani OPD app, the patients in isolation are being advised and counselled through online communications.

Gupta, Babli sworn in as ministers in Haryana 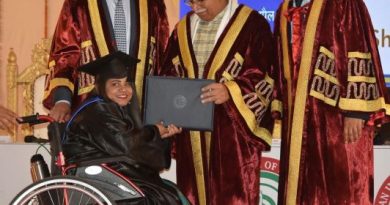