Kamal Khan, a reporter with NDTV for over three decades, passed away today at his home city Lucknow following a heart attack.

He was 61. Khan is survived by his wife, Ruchi, and their son, Aman.

and will be remembered as a legendary reporter and as a warm and wonderful human being. The chief of NDTV’s Lucknow bureau, died at his home in the city this morning after suffering a heart attack. He will be remembered as a legendary reporter known for his deep insights into Uttar Pradesh politics – insights he explained effortlessly to his audience and colleagues. As a news anchor Kamal was the picture of poise and expertise, and his language was famous for its trademark elegance, a draw in its own right. 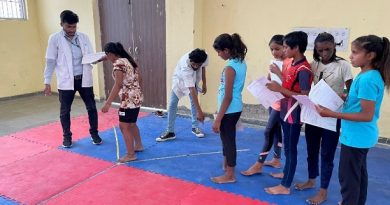 Focus on enhancing Genomic Surveillance of incoming passengers from ‘at risk’ countries; States/UTs advised to keep strict Vigil at Airports and Ports