The Prime Minister Narendra Modi chaired a comprehensive high-level meeting with Chief Ministers to review Public Health Preparedness to COVID19 Union Ministers Amit Shah,Mansukh Mandaviya, Minister of State Dr Bharati Pravin Pawar were among those present. Addressing the meeting, the Prime Minister noted that India’s battle with the biggest pandemic of 100 years has now entered its third year. “Hard work is our only path and victory is our only option. We, 130 crore people of India, will surely emerge victorious against Corona with our efforts”, he said. The Prime Minister said the earlier confusion about Omicron is slowly getting cleared now. The Omicron variant is infecting the general public many times faster than the earlier variants. “We have to be alert, be careful, but we also have to take care that there is no panic situation. We have to see that in this festive season, the alertness of the people and the administration is not lowered anywhere. The way the central and state governments had adopted a pre-emptive, proactive and collective approach, the same is the mantra of victory this time as well. The more we can limit the corona infection, the less the problem will be, he added.The Prime Minister said irrespective of the variant, proven way to tackle the pandemic remains vaccination only. He remarked that made in India vaccines are proving their superiority all over the world. It is a matter of pride for every Indian that today India has given the first dose to about 92 percent of the adult population. The coverage of the second dose has also reached around 70 percent in the country, he informed. 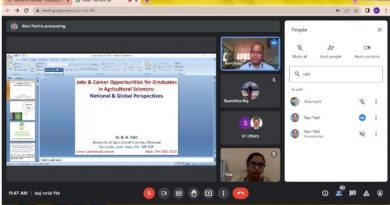 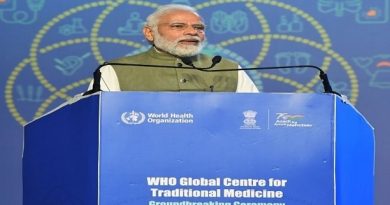 Prime Minister Shri Narendra Modi lays the foundation stone of the WHO Global Centre for Traditional Medicine at Jamnagar, Gujarat 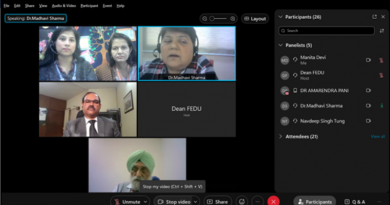 Education Is The Most Precious Possession A Person Can Have: Dr Madhavi