The celebrations of 73rd Republic Day held at Rajpath in New Delhi today witnessed the ‘Sports power of Haryana’, as the State’s tableau featured international sportspersons who have brought laurels for the country and state not only at the national but global level as well.

In the R-Day celebrations when Haryana’s tableau displayed on the Rajpath, showcased the pride of India in the field of sports, the spectators felt as if some international sports competition was being held in front of them, in which Indian players hoisted the tricolour by waving the flag of victory and raised India’s honour on the world stage.

The biggest feature of this tableau featuring the sports theme was the presence of many international-level players including Yogeshwar Dutt, Bajrang Punia, Kumari Rani Rampal and Sumit Antil. These players have brought laurels to the country by winning medals in the Olympics, Asian and Commonwealth Games.

The Haryana Tableau was divided into two parts, the front part consisted of horses and a conch. The horses pulling the chariot symbolize ‘Vijay Rath’ from the Mahabharata. The conch placed here is a symbol of Lord Krishna’s conch shell. The second part of the tableau is divided into four parts. In the first part, in the arena built on the lines of the Olympic Games, two wrestlers are seen giving demonstrations of wrestling bout on the mat. On the rear two parts, 10 famous sportspersons of Haryana of international level were seen standing.

On the posterior side of the tableau was a life-size replica of Olympian Neeraj Chopra in javelin throwing posture. On both sides of the Tableau, the activities of sportspersons from selected sports including Boxing, Weight-lifting, Shooting, Discus-Throw and Hockey were depicted.

In this year’s Republic Day celebrations, the tableau of Haryana was specially selected to showcase the pride of India in the field of sports that has increased the country’s pride in international sports competitions. Prepared on the theme of ‘Haryana – Number One in Sports’, Haryana’s tableau emerged as a symbol of honour and pride for not only Haryana but for India too.

Haryana’s tableau will not only inspire the sports talents of Haryana or other states but will certainly set an example for the sportsperson across the globe, as they will also witness the great achievements of this small state, which has come a long way in development in all fields.

Earlier, Haryana’s tableau on the theme ‘Beti Bachao, Beti Padhao’ was selected for the Republic Day celebrations in the year 2017.

Haryana having only 1.3 percent geographical area and 2.09 percent population of the country has always brought laurels to the country at many National and International Sports events including the Olympics and the Asian Games. Out of a total of 7 medals won by India in the Tokyo Olympics-2020, Haryana bagged four, including the lone gold medal in the individual category.

In view of the excellent performance of the players, the State Government has also honoured its players from time to time. The State Government awarded Rs 25.40 crore cash prize along with providing Class-I and Class-II government jobs to sportspersons from the state participating in Tokyo Olympics. Similarly, the government has provided cash prizes worth Rs 28.15 crore and jobs to the sportspersons of Haryana who brought laurels to the country in Tokyo Paralympics-2020.

Haryana players won the most medals

Apart from Tokyo Olympics and Tokyo Paralympics-2020, players from Haryana won 4 medals out of total 6 medals won by India in Olympics-2012 and 1 out of 2 medals in Olympics-2016. Similarly, in Asian Games-2018, Haryana players won 17 medals out of total of 69 medals won by players from across the country and 21 out of 57 medals in Asian Games-2012. In the Commonwealth Games-2014 and 2018 the players of Haryana had excelled by winning 20 and 22 medals respectively. Along with giving due respect to the players, the Haryana government is providing adequate infrastructure to the players so that they can showcase their hidden talents.

The infrastructure, cash prizes and other facilities provided by the Haryana government to its players are certainly unmatched across the country, which has instilled a new passion for sports among the players of Haryana.

Details of the players standing on the tableau 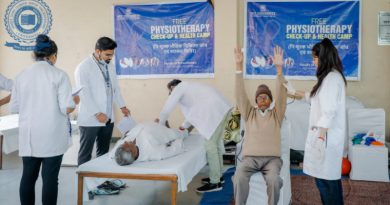