The Khelo India Youth Games-2021 can be organized in Haryana by the end of March. All the preparations have been completed for this. A decision to this effect was taken in the third meeting of the Executive Committee of Khelo India Youth Games-2021 held here today under the chairmanship of Haryana Chief Secretary, Sanjeev Kaushal. However, the final decision on the date will be taken after consultation with the Union Sports Minister and Chief Minister, Manohar Lal khattar. Mr. Kaushal directed that all types of facilities should be ensured in the sports stadium within a stipulated time period. He directed the officials concerned that if there is any deficiency in the construction of infrastructure related to the organization of these games, then it should be rectified immediately.

All the departments concerned should organize these games successfully with mutual coordination. He also directed that the launch ceremony of Khelo India Games should be organized following the rules of Covid-19. He said that as the wave of Covid Pandemic has subsided and the situation is returning to normal, in view of this and in view of the examinations of the students in the month of April, it would be appropriate to organize the Khelo India Youth Games by the end of March.

In the meeting, Additional Chief Secretary and Financial Commissioner, Revenue and Disaster Management Department, Mr. PK Das directed the concerned officers that the sports stadium should be prepared as per the requirements of the game so that the players do not face any kind of trouble.

In the meeting, Director, Sports and Youth Affairs Department, Mr. Pankaj Nain, who was associated through video conferencing, also gave a presentation on the preparations for organizing the Games. It was informed during the meeting that the launch of the fourth edition of ‘Khelo India Youth Games-2021’ would be a grand event. The work of renovation of multipurpose hall, ground, track etc. has been completed for organizing the games. Proper arrangements are being made for the accommodation and food of the players.

It is noteworthy that under ‘Khelo India Youth Games-2021’, jointly organized by Haryana Government and Sports Authority of India (SAI), Union Ministry of Youth Affairs and Sports, 25 sports events will be organized, in which five traditional games like Gatka, Kalaripayattu, Thang-Ta, Malkhamb and Yoga will be held at five venues namely Panchkula, Ambala, Shahabad, Chandigarh and Delhi. 8500 players of the country up to the age of 18 years are expected to participate in these games. Apart from this, a sports expo will also be held. 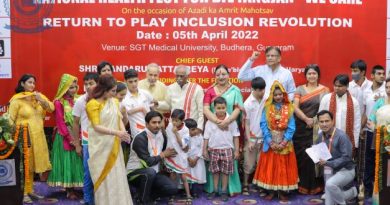 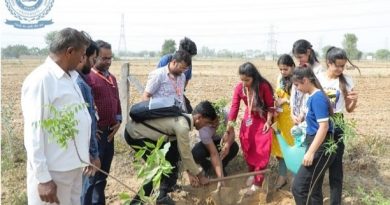 Under the aegis of the Innovative Gardening Club Faculty of Agricultural Sciences celebrates National Gardening Day.