This acting skill-based competition was held in the school premises and more than 25 government and private schools which are affiliated with CBSE participated.

Mr. Madhav Sharma with over 20 Years+ Experience In Theatre & Performing Art and over a decade of experience in Media Education.

Madhav started his Journey at the age Of 5, for the first time performing In front Of 2500 people on the National Level, back In 1998 In New Delhi. At college level, his work was awarded by Mahesh Bhatt, Vishal Bhardwaj & Anurag Kashyap, and many other celebrities in the theatre & film fraternity for his work. After learning the basics, the advanced level & gaining expertise in the field, in 2010 Madhav started teaching theatre by taking theatre & personality development workshops & regular acting classes in various schools & colleges Pan-India.  He actively participates in various events by giving Guest Lectures and as a Motivational Speaker, Mentor & talks on theatre, education, spiritualism & positive living, and judging National & International level theatre competitions across India. 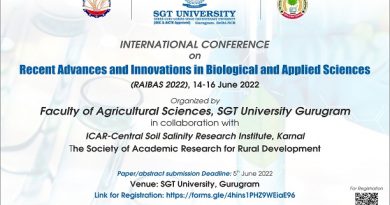