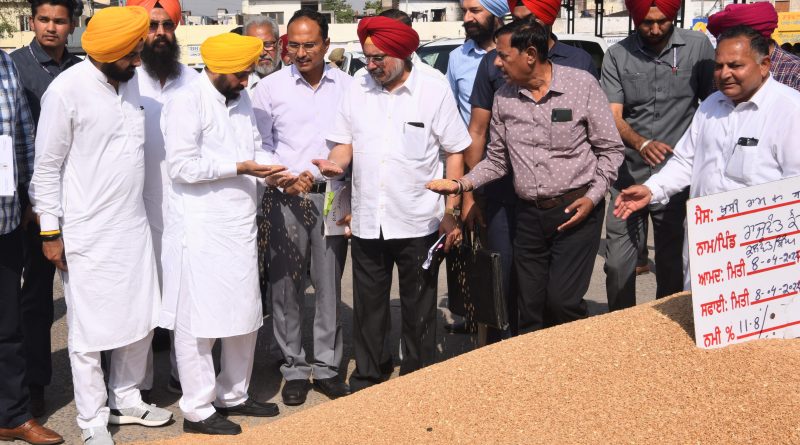 Chandigarh: Chief Minister Bhagwant Singh Mann on Friday said that all the arrangements for the smooth procurement of wheat crop in the state have been put in place and assured all the stakeholders especially the farmers involved in the procurement process would not face any difficulty. He said that the wheat procurement in all mandis of the state is going on seamlessly.

While reviewing the ongoing wheat procurement operations at Khanna grain market in Ludhiana, Bhagwant Mann said detailed instructions have already been issued to officials of Food & Civil Supplies department and heads of all the state procurement agencies to ensure timely payment besides immediate lifting.

On this occasion, 50 quintals of wheat of Rajwant Kaur wife of Kulwant Singh Bhadla through commission agents M/S Khushi Ram & Company was procured by Punjab State Warehousing Corporation agency and even online payment was made on the spot.

The Chief Minister said that this time, there was bit of delay in the arrival of wheat in mandis, and in some areas, even the product is comparatively less. He assured that every single grain of farmers’ produce would be procured by the government through its 2262 mandis (1862 permanent and 400 temporaries). He said that this year, they are expecting the arrival of 135 lakh MT of wheat in the state, out of which around 97000 MT would is expected in Khanna mandi alone and around 9.24 lakh MT in district Ludhiana.

The CM said that due to the Russia-Ukraine war, there would be an increase in demand for wheat globally, and this time, the wheat is being purchased above the government-fixed MSP by private traders. He said that after depositing tax in mandis, private traders can procure wheat from all mandis of the state with ease.

He also said that payment is being transferred online to the bank accounts of farmers within 48 hours and he is personally monitoring the ongoing wheat procurement process.

Bhagwant Singh Mann said that the officials have been strictly directed to ensure that there should be no problem in transportation, payment, and bardana. He said that the “Ann Data” farmer would be properly taken care of in the mandis and clear instructions have already been passed to the concerned officials. He said that his government would not let the farmer face any problems in the mandis. He said that all arrangements of potable drinking water, lights, sitting arrangements, and toilets etc have been ensured in all mandis. 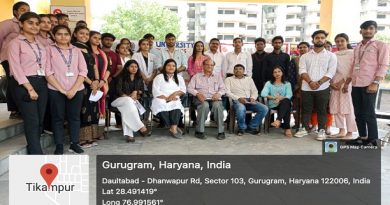 Omicron scare: Gathering of more than 200 people banned in public places in Haryana