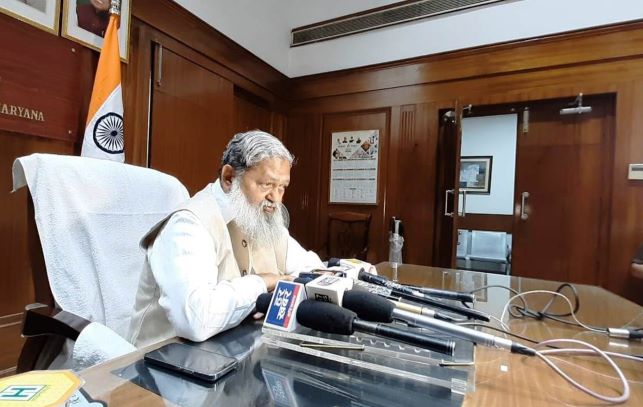 Haryana has made wearing masks mandatory in Gurugram, Faridabad, Sonipat, and Jhajjar districts of the state in view of the rising cases of Covid-19 in the national capital region (NCR).

Haryana Home and Health Minister Anil Vij said today that those not following the mask norms will have to pay the penalty.

Speaking to media persons in his office today, Vij said that out of 234 cases of Covid-19 reported in Haryana today 198 have been reported from Gurugram alone. Faridabad reported 21 cases while most of the other districts don’t have a single case.

Vij said that he had sent a team to Gurugram to go into the reasons behind the rising number of cases, but he was yet to receive its report.

However, taking a precautionary measure, masks have been made mandatory in Gurugram, Faridabad, Sonipat and Jhajjar due to their proximity to Delhi.

The minister said that teams have been constituted to study the areas and Bastis from where in Gurugram such a large number of cases were being reported.

He said samples have been sent to a genome sequencing lab in Rohtak to study the variants responsible for the spread in Gurugram, but its report is still awaited.

“He said that “we are fully prepared, our staff is ready, our equipment, beds, and oxygen are adequate”, but people should be alert this time.

Meanwhile, the Food and Drug Administration (FDA), Haryana and police in a joint operation have recovered 2400 expired kits of rapid antigen tests in Gurugram.

One person identified as Anshul has been arrested in this connection.

Vij said that the State Drug Controller Manmohan Taneja had received a tip-off about the BinaxNow Covid-19 antigen cards meant for self-testing.

The team sent a decoy customer to Anshul with Rs 2500.

He has informed the team that he used to bring these kits from Kanpur.

PM pays tributes to General Bipin Rawat, his wife and 11 other personnel 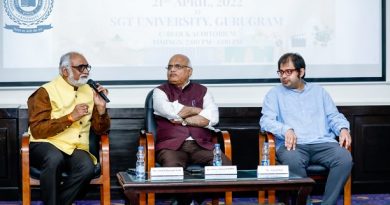