The Director of the Film Kashmir Files Vivek Ranjan Agnihotri and his wife Pallavi Joshi, a producer in the Indian Film Industry today paid a courtesy call on Haryana Chief Minister Manohar Lal Khattar at his residence.

During the courtesy call, both dignitaries visited Chief Minister’s Control Room and Library set up at the CM Residence.

While on the round of the library, the Chief Minister said that the monuments and gifts received by him will be auctioned soon and that auction money will be contributed to the social cause. Khattar expressed happiness when the superstars said that they are ready to extend their helping hands for any kind of social service required in the state.

Among those present on the occasion included Additional Principal Secretary to Chief Minister Dr. Amit Kumar Agrawal and Media Advisor to the Chief Minister Amit Arya. 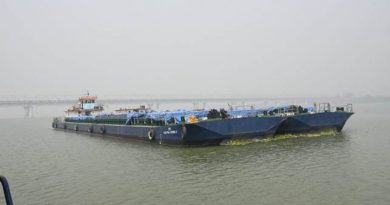