Haryana Chief Minister Manohar Lal Khattar today said that uninterrupted electricity will be provided to the citizens of the state. For this, permanent measures are being taken by the Power DISCOMs. The problem of power cuts in the state will be resolved soon, he added.

The Chief Minister said this while presiding over a meeting with the officers of the Power DISCOMs held here today. Power Minister Ranjit Singh was also present in the meeting.

The Chief Minister said that during the summer season the consumption of power increases and during summers, the Power DISCOMs are providing electricity to the consumers by purchasing it at higher rates.

To meet the increasing power consumption during the summer season, the problems at the Power Station in Khedar village are also being resolved and this Plant will soon be made operational.

The Chief Minister said that after the onset of monsoon, there would be some reduction in power consumption, till then 3000 MW of additional power would be required and for this, necessary arrangements are being made by the State Government.

Government is in negotiations with Adani Power Limited for restoration of supply from Mundra Power Plant and is expecting the restoration of power supply to the tune of 1000 MW in the near future.

A tender of 1000 MW was floated for intermediate-term power against which bids of 500 MW have been received.  The same is under consideration with HERC.

The state has also sought bids for the purchase of short-term power between May to October to the tune of 500 MW.

The state is also processing the procurement of hydroelectric power to the tune of 400 MW.

The Chief Minister said that a new 750 MW power plant would be set up in Yamunanagar and the process for the same is being completed. After installation of this power plant, 750 MW of additional power will be generated. He said that along with the generation of electricity, Power DISCOMs are also improving the transmission system so as to ensure that there is no shortage of electricity in Haryana. 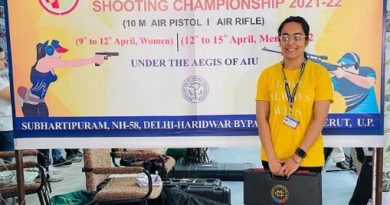